The following list of faculty members shows some of the ways in which their teaching interests enhance the campus’s offerings in the area of European Studies. It is by no means exhaustive. Many of them contribute via their teaching in other ways as well. 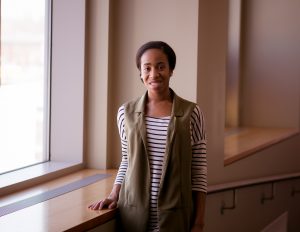 "I have learned to take advantage of opportunities as they come because you never know where they may lead,” Mary Pollard says. Read more of We R Arts and Sciences: Mary Pollard ...